The flexibility to match my personal and professional goals to the many opportunities in Toastmasters sparked my interest. There is a seat at the table for you whether you are striving to overcome fears of public speaking, preparing for a profession that requires presentations, or seek to hone leadership skills. This is a place to do all of that and more – with a dynamic group of TRULY supportive fellow learners. Genuine encouragement, practical tips, honest and supportive feedback and meaningful relationships are what sets this organization apart for me. We learn by doing, and we do it together! 2020-2021: a year of fun & transformation!

Experience has shown me that Toastmasters epitomizes the axiom, “if you want to go fast, go alone. If you want to go far, go together.” My Toastmasters journey has taken me from D84 (Orlando), to D47 (Fort Lauderdale), back to D84, and now to D11 (Fort Wayne). There are people in witness protection who move around less than us! For the past seven years, I have tried to give more than I receive from each Toastmasters community I have immersed myself into. My quest as the Division B Director is to help Greater Fort Wayne develop a vibrant TM community, to help others go farther than they ever dreamed, and to finally unpack. Toast on!

I first joined Toastmasters all the way back in 1990. In 2003 I took a 10 year break while I was both working far from home and earning my MBA. I rejoined Toastmasters in 2012 when I changed to a job much closer to home. In this time I have earned a CC, CL, AC-B, AC-S, AC-G, another CC, and a DTM. I also took 3rd place at the district humorous speech contest in 2002. I now find myself in the position of being the Division B director for the second time (previous terms 2017-2019). Set you goals high but attainable, be proud of your accomplishments, be happy, and have fun.

“I can’t get enough of Toastmasters!  I love meeting people and I”m a member of 15 clubs across the nation.”

“I love Toastmasters and as a law professional, contributing to keep us all on track!”

“I joined because someone suggested it might help me run more effective meetings. Oh boy, were they right! The leadership skills we are allowed to hone and the help we get on the way in Toastmasters is truly wonderful.”

“I am proud to serve as the Immediate Past District Director for this Toastmasters year and as the chair of the District Leadership Committee.”

When Tyson moved to South Bend in the Fall of 2016, one of his first goals was to join a Toastmasters club. In his quest to improve his communication skills, build confidence, and grow my leadership skills, he knew that Toastmasters was a must. “I am grateful for how participating and serving in Toastmasters has empowered me to grow!”

Denise is a retiree of ACS and Indiana’s Family and Children’s Services. She has a Bachelor of Arts Degree in Organizational Communication from Indiana University. For years Ms. Crowther volunteered as a Gary Literacy Trainer and for the Parent Teacher Association. She joined Toastmasters (TM) in November of 2014. Ms. Crowther helped to open TLC Toastmasters Ivy Tech. She chaired the successful Charter Party, and was featured on WLTH Radio on Sept. 9, 17 to inform listeners about TM benefits among other TM accomplishments.

“Set you goals high but attainable, be proud of your accomplishments, be happy, and have fun.”

He is a Project Manager for the Indiana Department of Transportation (INDOT) at the Crawfordsville District. He has worked there for Twelve years overseeing Road & Bridge projects in west central Indiana. He joined Toastmasters in October 2016.He enjoys hiking, canoeing & spending time with family & friends. He has been married for 30 years.

Cecelia (Cece) works for Defense Finance and Accounting Service as a Systems Accountant. She has built on her leadership, communication, information systems, accounting, and project management skills in various roles. She has been an integral part of toastmasters since 2019.  She is a member of Finance Accounting Toastmasters and serves as the club’s Treasurer. CeCe is also Treasurer of Family Empowerment Support Services and has served on its board since inception. In her spare time, she enjoys making a number of crafts.

Richard loves Toastmasters so much he has a dual role as area and division directorship.

Laura joined Toastmasters 25 years ago as a charter member of Golden Gavel TM then added Eastside #53 TM and Leadership Outreach TM. Over this time she’s held a number of club offices, has been a club coach and mentor. “As a member of Toastmasters I’ve learned about so many different areas from the many speeches given in clubs I belong to or visited. The people I’ve met and individual progress made is something I wouldn’t get elsewhere. Spreading the benefits of Toastmasters brings me great pleasure and joy. It’s a program where everyone makes personal and professional gains in a supportive atmosphere.”

Nikki joined Toastmasters to attempt to mitigate that world-stopping anxiety that she felt when attempting to speak in meetings.  She is a full-time employee, a full-time student, wife, mother to a 5 year old daughter, two dogs and two cats.  She is a member of two clubs, the U.S. Bank Toastmasters and Owensboro Toastmasters.  She holds several roles throughout her toastmaster involvement.

Rachel has been a Toastmaster since 2013 with the Owensboro Kentucky Club. Rachel is also a charter member of Kentuckiana Women in Leadership (KWIL). Professionally she is a sought-after pet industry influencer best known for her development of the nationally recognized dog blog PrestonSpeaks.com and is a regular speaker on pet issues. Rachel joined Toastmasters to overcome her fear of impromptu speaking and to help her with media interviews. However, Rachel attributes her success  in expanding her mission with an animal rescue non-profit and educating pet owners to the many communication and leadership tools she has learned as a Toastmaster. 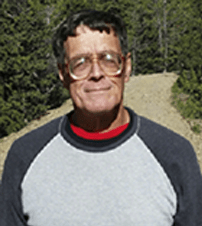 John has been a member of Bloomington Good Morning Toastmasters since 2005 and a member of Good Evening Toastmasters since 2016. “Meeting people from around the world and learning their cultures has been possible, only via Toastmasters. Meeting people in small group settings on a weekly basis has been energetic and inspiring. Mentoring a few other Toastmasters has been very rewarding. Personal growth in leadership and communication skills are just two benefits of being a part of this amazing 100 year organization. Looking forward to another year of high performance.”

Deepti is a high performance coach with a passion for public speaking and leadership. I have been a past club President at the Columbus club in Indiana.

Richard joined Toastmasters in April 1988 and has been going strong as a valuable and dedicated distinguished member.  He has been in multiple divisions, held multiple area and district roles and received Division AG of the Year in 2006. He has been. District Chief Judge for speech contests and District Club Extension chair, sponsored clubs and mentored clubs and new members multiple times. He has earned Three DTMs both Speechcraft and Youth Leadership workshops.  He’s done it all and he’s keeps on ticking!

Francisco is a member of fifteen (15) clubs from Miami to Des Moines, and now on his second decade on the journey to achieve a (Legacy) DTM. He is a huge AOA-Advocate-at-large, for Toastmasters and the new Pathways program.

Lisa Sobel-Berlow, MS4, ALB, ACB, is a Louisville native and began her Toastmasters journey in 2017. Lisa has served as her club’s President and VP of Education and now serves as Area 66 Director. She received her MBA with an emphasis in Entrepreneurial Leadership and Strategy from Chatham University (Pittsburgh, PA) in 2015. Lisa has worked as an engagement professional and an experiential educator for over a decade. Lisa recently began working as the new Social Media Specialist at Republic Bank; she also owns her own boutique digital marketing company specializing in solopreneurs, mompreneurs and nonprofits. Connect with her on LinkedIn

Donna joined Toastmasters over 12 years ago on the way home from work one night.  She says “It was in the group of one of the best decisions I have ever made. I have thoroughly enjoyed serving in every club, area and division officer position. I am currently sponsoring a club at the Indiana Women’s Prison. I was humbled right a way in learning these ladies are not bad people, but, rather they just made bad choices. I have challenged the Division C Area Directors to serve the clubs by operating with the montra John C.Maxwell’s “The Law of The Lid”, you can only rise as far as someone helping you up.”

Jerry has been a Toastmaster since 2008 and achieved the DTM in 2011. In Pathways, he has completed the Visionary Communications path and is currently working on completing the Presentation Mastery path. He is a member of Circle City and St. Luke’s Toastmasters clubs. His other interests include amateur radio (call sign WX9S) , reading and trying to understand Zoom. He is a retired State Of Indiana employee having served 37 years at the Indiana Utility Regulatory Commission.

Gabriella has been a Toastmaster for almost 4 years and saw her confidence skyrocket.  She is am looking forward to serving the members and helping them achieve their personal goals.